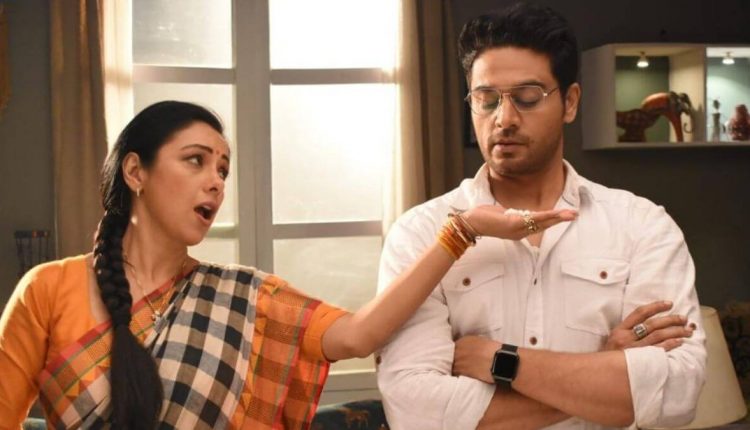 While Anupamaa tries to cheer up Anuj, Kavya supports Vanraj

The Saturday episode of Rajan and Deepa Shahi’s “Anupamaa” saw Anupamaa trying to fix Anuj’s mood. Anupamaa gets a basketball for him and tells him that life is like a basketball and if it goes down, it will definitely bounce back. She consoles him by saying that everything will be fine and together they will fix everything.

Later, Anupamaa dances to “Ankhiyon se goli maare” and Anuj joins her. He finally ends up laughing and Anupamaa is very happy seeing that. They talk about what their next step is, to which Anupamaa tells him that he can get a job wherever he wants, but he needs to decide if he wants to work for himself or someone else and till then he can help her with the dance academy.

Meanwhile, Vanraj is trying to convince Baa that he did nothing wrong. He tells her that he doesn’t feel anything for Malvika and whatever happened between Malvika and Anuj is their personal feud, and he had nothing to do with it. Baa tells him that she believes in him and even Pritosh supports him. Kavya then comes to them and tells Vanraj that even she knows that he did nothing wrong. She tells him that she was a little insecure of Malvika and she needed a job, and that’s why she went to Anupamaa. Kavya is then heard saying that if Vanraj becomes a big businessman, it will benefit her too, and if he still asks for divorce, then she will get a good alimony.

In the upcoming episodes, we will see that Kinjal plans a date night with Paritosh on Valentine’s Day, while Samar and Nandini enjoy some quality time together at the dance academy. Kavya too has arranged a surprise for Vanraj and even Anupamaa plans to celebrate the day with Anuj. To know what happens next, keep watching “Anupamaa”.

Mukesh Rishi: Aura of my Paika character is much bigger than filmy characters

Intriguing Zee storm on the horizon